It’s not about the channels in your support, it’s about the support in your channels – Interview with Girish Mathrubootham of Freshdesk 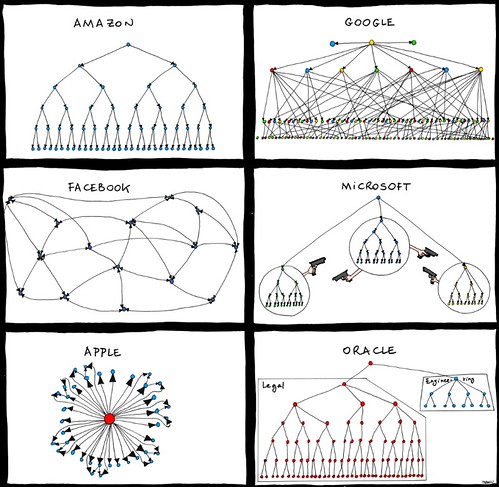 What I’m finding is that to deliver great customer experience and exceptional customer service, organisations need to have the right culture, values, behaviours, mission and purpose etc etc in place.

That’s fair enough, you might say, and may not be much of a surprise.

But, what about an organisation’s structure? And, is the traditional, hierarchical and command and control structure still ‘fit for purpose’?

I had a chance to chat to him about this in my most recent podcast interview, where we chatted about that and his new book: Looptail, which tells the story of G Adventures, their journey, success and how they have radically changed their organisational structure.

In his book, Bruce says that:

“The traditional ivory tower, military command-and-control style of leadership……is dead, and while you might get some results employing such tactics, you will forever remain vulnerable to being beaten by an organisation that is more social and engages employees and customers differently.”

If you are not familiar with G Adventures, you might think that that is a bold statement. But, Bruce makes that statement with an impressive track record. G Adventures is the world’s largest small group adventure travel company, are a leader in their niche and have been delivering double-digit growth year on year for the last twenty years. They also operate in 100 countries, generate over $170 million a year in sales and have over 2,000 employees.

However, he doesn’t stop there and goes on to say, in his book:

“high performing organisations often have a more open structure, and like them, we aim to create more freedom as we get bigger. Replacing those traditional office-based structures is how we put a stronger emphasis on our company culture – and how we avoid putting our employees in an organisational straitjacket”

In essence, what they have done is move away from a traditional, hierarchical structure to one that is flatter and more ‘circular’, in nature. This is designed to help them keep leadership at the centre of decisions, but, at the same time, helps create enough freedom amongst their employees so that it drives sustained innovation, fantastic results as well as engaged employees and customers.

But, G Adventures are not alone in pursing new and radical structures as a way of staying competitive, engaging employees and delivering great service. A recent story in The Washington Post (Zappos says goodbye to bosses), reported that Zappos, the customer service obsessed online retailer, is currently in the midst of implementing a new organisational structure called a “holacracy.”

This system, like G Adventures, is based on ‘circles’. However, in the ‘holacracy’ approach a company organises itself around the work that needs to be done and not around people occupying specific job functions.

Again, the rationale behind Zappo’s organisational change is to get more employees involved in how the firm is run, ‘stave off’ bureaucracy and retain their flexibility as they continue to grow. This, they believe, will also drive innovation and enable them to maintain their customer service edge.

Now, many people may ‘pooh-pooh’ these ideas as ‘airy-fairy’ and ones that will, typically, only work in smaller firms. With thousands of employees each, I bet, G Adventures and Zappos would disagree.

This doesn’t mean to say that that all firms should be thinking about ‘circles’ when they come to assess what is the right organisational structure for them and what they want to achieve.

However, I would ask one question if delivering great service and exceptional customer experiences is your goal this year and that is: Do You Need To Change Your Organisational Structure To Improve Your Customer Experience?