Fairness For All, workplace happiness and an inside look at the John Lewis Partnership – Interview with Lord Mark Price

Fairness For All, workplace happiness and an inside look at the John Lewis Partnership – Interview with Lord Mark Price 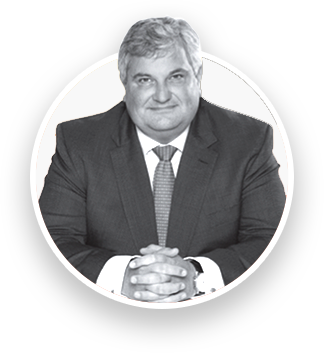 Today’s interview is with Lord Mark Price, who is the former Managing Director of Waitrose and Deputy Chairman of The John Lewis Partnership. Mark joins me today to talk about his book: Fairness For All (the first book to explore the unique and much admired model of the John Lewis Partnership), the pursuit of workplace happiness, what companies getting right, what are they getting wrong and what they should be doing differently.

This interview follows on from my recent interview – Getting live chat right is much more than a software sale – Interview with Jamie Edwards of Kayako – and is number 249 in the series of interviews with authors and business leaders that are doing great things, providing valuable insights, helping businesses innovate and delivering great service and experience to both their customers and their employees.

Highlights from my conversation with Mark:

Mark Price lived in Crewe as a child and attended Crewe Grammar School for Boys. He read Archaeology and Ancient History at Lancaster University graduating in 1982. In that year he joined The John Lewis Partnership as a Graduate Trainee and remained with the company for 33 years, eventually retiring in March 2016. Mark was Managing Director of Waitrose for the preceding 9 years, and Deputy Chairman of The John Lewis Partnership for 3 years. From 2010 – 2016 he was the founding Chairman of The Prince’s Countryside Fund for HRH The Prince of Wales. In 2011 Mark was appointed as Chairman of Business in the Community, a position he held for 4 years.

Alongside his responsibility for running Waitrose Mark joined the CHANNEL 4 TV board in 2010 as a Non Executive Director. In 2013 he was appointed Deputy Chairman. He stepped down from the role in April 2016 when he joined the UK Government, at the invitation of the Rt Hon David Cameron PM, as Minister of State for Trade and Investment. He was made a life peer in February 2016 to become The Lord Price CVO and Baron Price of Sturminster Newton. Mark was reappointed by the Rt Hon Teressa May to her post Brexit Government, with specific responsibility for negotiating the UKs future trade deals.

Mark’s first book ‘The Great British Picnic Guide’ was published in 2008. That began Mark writing for pleasure in his spare time. ‘The Food Lover’s Handbook’ was published in 2016 and records what he learned about food and drink during his 17 years on the Waitrose board. His first children’s book ‘The Foolish King’ was also published in 2016. In 2017 he published his first business books: ‘Fairness for all’ and ‘Workplace Fables’.

Do grab a copy of Mark’s book Fairness For All and don’t forget to check out his other books here. Don’t forget to take a look at Engaging.works and the workplace happiness and career tools that he has developed.

Say Hi to him on Twitter @EngagingWorks and connect with him on LinkedIn here.

Thanks to Wikimedia Commons for the image.

How COVID-19 has impacted the progression of contact centres