Why do some businesses get more flack on social media than others? 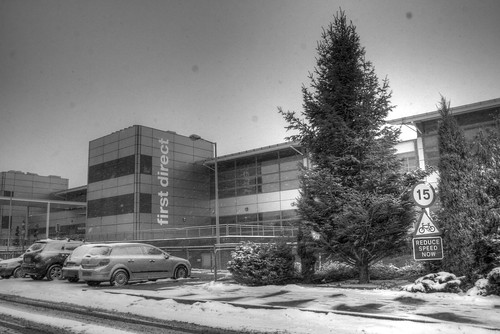 It’s been a while since I posted an interview here on the blog.

This one makes up number fifteen in the series of interviews with business leaders in the ‘customer’ space, leading authors, thought leaders and general all round good guys and gals, that I think that you will find interesting and helpful in growing your businesses.

Today, I am excited to introduce you to Mark Mullen, the new CEO of first direct, a bank renowned for its customer centric approach to its business and one that has won numerous awards, accolades and admirers over the last 22 years.

I must tip my hat to Martin Hill-Wilson of BrainFoodExtra who made me aware of Mark’s new appointment and suggested that I try and interview Mark as part of this series.

As a result of Martin’s tip, I sent a tweet to the first direct team on Twitter congratulating Mark on his appointment and asking if he would consider being interviewed for my blog. One of the their team, Amanda Brown, who helps manage their twitter account was fantastic and a huge help in getting the interview arranged and scheduled. Thanks Amanda 🙂

Anyway, I was pleased and excited when Mark agreed to be interviewed. Our conversation covered a number of areas. Here are some of the highlights:

[NOTE: Apologies for the rogue phone that went off about 3 mins in.]

Mark is a 43 year old Irishman who graduated in History from Dublin University. he has spent his career in financial services in various roles.

He was recently announced as the new CEO at Leeds based, first direct bank, taking over the role on 1 September, 2011.

During Mark Mullen’s time at first direct he relaunched the both banking and branding proposition and set the path for the bank’s acclaimed move into social media. This included Talking Point, a site where thoughts and views can be aired, both good and bad. Mullen says: “I’m delighted to be coming back to first direct and taking over the reigns of a business which is in fine shape and creating its next chapter.”

You can visit first direct’s site at www.firstdirect.com and connect with them on Twitter here.