Do you have any ‘vacuums’ in your customer journey?

A Shy Leader, Running and Changing Your Culture 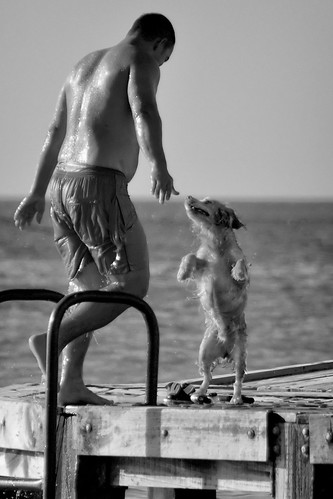 Today’s interview is with Ryan Cheyne, People Director at Pets at Home, who agreed to talk to me about employee engagement and what it took to come 1st in the Sunday Times Top Big Companies to Work in 2013, after we meet at the European Customer Experience World conference earlier this year.

This interview follows on from my recent interview: Simple Ways to Raise Your Customer Service from Ordinary to Extraordinary – Interview with Steve Curtin – and is number sixty-six in the series of interviews with authors and business leaders that are doing great things and helping businesses innovate, become more social and deliver better service.

Here’s the highlights from the interview I did with Ryan:

About Ryan (taken from his LinkedIn profile)

With 10 years operational retail experience and +15 years HR experience, Ryan considers himself to be a retailer who has specialised in HR across Management, Leadership and Training and Development.

He is a fully qualified Member of the Chartered Institute of Personnel and Development and has a Post Graduate Diploma in Personnel Management.

His current goals are completely focussed on building Pets at Home as a truly amazing place to work. They are building on the core values that are at the heart of the business to build the engagement levels of colleagues across the business.

Finally, they were delighted to be named as the No 1 Best Big Company to Work for by the Sunday Times in March 2013.

You can connect with Ryan on Twitter @ryskicheyne and on LinkedIn here, find out more about Pets at Home via their website, Twitter @PetsatHome and do check out their Pets at Home Very Important Pets (VIP) club initiative, which is customer loyalty scheme with a difference and is doing great work.