Are your irrational fears holding back your customer and employee experience efforts?

Today’s interview is with Tom Peters, best-selling author of numerous business books (19 in total) and speaker. He is, perhaps, best known for his 1982 seminal book: In Search of Excellence (co-authored with Robert H. Waterman Jr).

He is a personal hero of mine and an inspiration and I am honoured to say that this is the third time (the first and the second) that he has been on the podcast.

Tom joins me to today to talk about his new (and possibly) final book: Excellence Now: Extreme Humanism and the new set of courses he has developed: Excellence: Now More Than Ever. We talk about excellence, service, experience, leadership, kindness, extreme humanization and why it is needed now more than ever. As ever Tom was brilliant, insightful, funny and still dancing to the same beat that he has been for last 43 years. It was a huge amount of fun so do check it out.

This interview follows on from my recent interview – Delivering empathetic customer experiences will require us to move from fuzzy into action – Interview with Joyce Kim, Chief Marketing Officer at Genesys — and is number 381 in the series of interviews with authors and business leaders that are doing great things, providing valuable insights, helping businesses innovate and delivering great service and experience to both their customers and their employees.

Here’s the highlights of my chat with Tom: 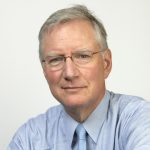 Tom Peters grew up in Annapolis, Maryland. He played a lot of lacrosse.After acquiring two engineering degrees from Cornell, he spent two years as a U.S.Navy combat engineer in Vietnam—and two years as a Pentagon bureaucrat. Next, Tom earned an MBA and Ph.D. in organizational effectiveness from Stanford. In the middle of that time, he served for two years as a White House drug abuse policy advisor. He then joinedMcKinsey in San Francisco. He was given an“oddball”(by McKinsey standards)assignment to study organization effectiveness and to figure out why big companies are consistently crappy at implementation. Out of that analysis came In Search of Excellence co-authored with Robert H. Waterman Jr, published in 1982, which became a huge bestseller. It is commonly agreed to have reshaped global business thinking and has been anointed time and again as “the best business book ever.”

Along the way, Tom founded the Tom Peters Company, based in Palo Alto. Labeled the premier “business guru,” he has written 18 more books, including one released in March 2021, Excellence Now: Extreme Humanism. He has also delivered 2,500-plus speeches in 63 countries. All of this work and all of those frequent-flyer miles boiled down to a tireless focus on putting people first, developing leaders who stay in intimate touch with the front-liners who do the real work, selecting more women for top leadership roles, being a stellar community citizen, and making no less than inspiring products—all of which aim to make the world a little bit better and are also the best path to growth and profitability, and, for the individual, a life of honorable service. Tom repeatedly says that he does not understand why this straightforward,“not rocket science”message, which he has been ranting and raving about for 43 years, seems to be so hard to grasp—but he will continue to “sell” these timeless ideas until his last breath.

Effectively, all of Tom’s written and speech material covering the last 15+ years is available—free to download—at tompeters.com and excellencenow.com.

Grab a copy of Tom’s latest book: Excellence Now: Extreme Humanism and check out his course: Excellence: Now More Than Ever you will not be disappointed. Tom is an avid user of Twitter so do say Hi to him there @tom_peters and connect with him on Linkedin here.

Image by frankspandl from Pixabay