The Wendy’s effect: Why 50% of customers buy from brands with strong personalities

The difference and relationship between emotion, empathy and emotional intelligence in customer experience – Interview with Sandra Thompson

The Wendy’s effect: Why 50% of customers buy from brands with strong personalities

This is a guest post by Danielle Strouther , Marketing Product Expert at Adzooma.

A key principle of successful marketing is being able to connect with your customers, wherever they are.

And with 3.6 billion social media users worldwide in 2020, social media is one of the biggest platforms brands can engage with customers. If you provide a positive experience for customers there, 71% of people are likely to also recommend the brand to friends and family.

But with platforms that are saturated with accounts and noise, standing out can prove a problem. To get seen, you need to shout louder than anyone else. And one way to achieve this is to create a strong brand personality, as Wendy’s have pioneered over the past few years.

Wendy’s have gained over 3.7 million followers on Twitter alone for the brand personality they’ve built.

They’re praised for their sarcastic tone and sharp claws, being unafraid to attack and mock competitors such as McDonald’s.

This is done by quoting tweets from McDonald’s and adding remarks such as “When the tweets are as broken as the ice cream machine”, or finding criticisms that users have made themselves and retweeting them, such as this example where a customer tweeted: “@McDonalds Your spicy nuggets are bad. No one can beat @Wendys spicy nuggs”, to which Wendy’s have added the quote “Just making sure they see this”.

It’s something fans love, and actively encourage. For example, one person tweeted Wendy’s asking if they could find her the nearest McDonalds. Wendy’s reply? A picture of a garbage can.

Wendy’s don’t just attack other competitors. They also reply and interact with people which strengthens loyalty among the customers. In 2017, a customer replying to Wendy’s in a quest for free chicken nuggets became one of the most retweeted tweets at the time, with over 3.6 million people sharing it. It got national news coverage, increasing their brand reputation even further.

The following case study showed that their sarcastic wit wasn’t just getting them Twitter followers, but also helped generate $64 million in profit.

After starting to employ this tactic on social media in 2017, Wendy’s experienced a 49.7% growth in profit from $129.6 million to $194 million. What’s more, the company’s sales also exceeded the $10 billion global sales target for 2017 for the first time ever.

In Wendy’s case, strong personalities are incredibly effective. But when it comes to other businesses, it’s not always the case. In fact, according to research conducted by Adzooma, brand personalities are a polarising subject.

On one hand, the study found that brand personalities have a big influence on purchasing with 51.2% of people stating that they’ve purchased from a brand because of the way they spoke online.

But it’s not for everyone.

The study also found that 55.7% of people will unfollow a brand for the way they spoke online. Brand personalities are a gamble. If you use one your customers like, you’re going to increase sales and engagement. If you use one they don’t like, you’ll lose your audience. Either way you play it, this is a risky strategy.

What personality types are best for customers?

Personalities come in many forms. Although Wendy’s have seen success with a sarcastic and bold personality, that won’t cut it for every business. Like real humans, you’re never going to be liked by everyone.

Finding out which type of personalities are the most successful, the Adzooma study uncovered that 35.1% of people prefer brands to talk in a friendly and casual way. Other results showed:

In addition, 21.4% said that they couldn’t decide which personality they preferred, but expected brands to have a well-rounded mixture of all, depending on the context. For example, being able to publish a post that’s fun and witty, but taking a more professional tone when dealing with customer complaints and questions.

Before deciding whether or not to use strong personalities online, brands should ask themselves the following questions:

Answering these questions will help businesses decide and test the best approach for them.

This is a guest post by Danielle Strouther , Marketing Product Expert at Adzooma. 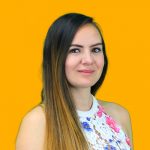 Danielle Strouther is Adzooma’s Marketing Product Expert and is used to writing about all of the nitty-gritty details about PPC and marketing. You might have seen her work on Search Engine Journal, PPC Hero, Techopedia & more. Away from a screen, you’ll find her drawing all manner of strange monsters and dancing around a pole.

Image by Gordon Johnson from Pixabay