2019 was the year of hype and snake oil when it came to chatbots. 2020 will be a year of pragmatism and real results – Interview with Abinash Tripathy of Helpshift

2019 was the year of hype and snake oil when it came to chatbots. 2020 will be a year of pragmatism and real results – Interview with Abinash Tripathy of Helpshift

Today’s interview is with Abinash Tripathy, Founder and Chief Strategy Officer of Helpshift, which provides an AI-powered conversational platform that companies use to resolve service issues more efficiently, boosting customer satisfaction in the process. Abinash joins me today to talk messaging, the gaming industry, chatbots, snake-oil, hype, getting pragmatic and delivering real results.

This interview follows on from my recent interview – Fanocracy and building a true human connection – Interview with David Meerman Scott – and is number 328 in the series of interviews with authors and business leaders that are doing great things, providing valuable insights, helping businesses innovate and delivering great service and experience to both their customers and their employees.

Here’s the highlights of my chat with Abinash: 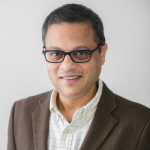 Abinash Tripathy is Founder and Chief Strategy Officer of Helpshift. Helpshift bridges the disconnect between conventional customer service channels—like email and phone support—and a growing consumer base that does more on mobile phones and has a strong preference for messaging as the primary mode of communication. Through Helpshift’s AI-powered conversational platform, companies can resolve issues more efficiently, boosting customer satisfaction in the process. Companies such as Comcast Xfinity Home, Microsoft, Virgin Media, Square, Supercell, Epic Games, Zynga, Viacom, and hundreds of other leading brands use the Helpshift platform to provide messaging-first customer support. Helpshift is installed on two billion devices worldwide and serves more than 130 million active consumers monthly.

Image by mohamed Hassan from Pixabay