How to make phone conversations with customers better 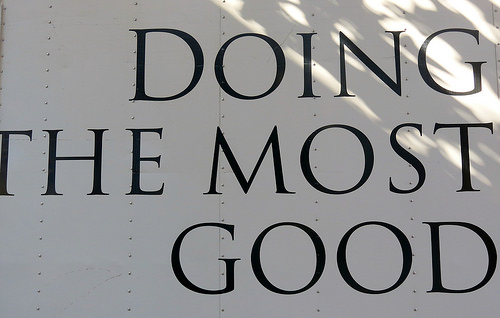 Today’s interview is with Ryan McCarty and Scott Moorehead, founders of Culture of Good and the authors of a new book: Build a Culture of Good. They join me today to talk about their company, their mission, their new book and how companies can boost their revenue and improve employee engagement by helping their people create positive change in the world on a daily basis all while doing their jobs.

This interview follows on from my recent interview – Creating a customer obsessed culture and going from NPS -4 to +80 – Interview with Amy Downs of Lifesize – and is number 208 in the series of interviews with authors and business leaders that are doing great things, providing valuable insights, helping businesses innovate and delivering great service and experience to both their customers and their employees.

Here’s the highlights of my interview with Ryan and Scott:

About Scott and Ryan

Scott Moorehead is the Co-founder of Culture of Good, Inc. and CEO of Round Room, TCC, and Redux.

Scott is a recognized thought leader and subject matter expert in what it takes to create and develop purposeful for-profit organizations that abide by the philosophy of doing well by doing good.

Under Scott’s direction as CEO, TCC has grown from annual revenues of $135 Million to over $1 Billion. TCC was named to the Inc. 500/5000 list of the nation’s fastest growing private companies for four consecutive years. TCC has maintained a position in the rankings of the Hire Power Awards from Inc. Magazine as one of the country’s top job creators. On top of this, Scott has been named to several different 40 under 40 notable executive lists, including the Indianapolis Business Journal and Dealerscope Consumer Electronics Executives.

Scott’s involvement inside the philanthropic world revolves around several organizations. He co-founded The Moorehead Family Foundation, which to date has given away nearly $2 Million. He also founded Culture of Good, Inc. as the first certified Benefit Corporation (B-Corp) in the State of Indiana.

As the former director of customer and employee relations at TCC, the largest Verizon Authorized Retailer in the nation, Ryan McCarty is no stranger to empowering employees through a powerful cultural movement.

Under Ryan’s guidance through TCC’s “Culture of Good,” which enables others to do good in their communities for the value of the investment rather than the return on investment, TCC donated $1 million to Riley Hospital for Children; provided 250,000 backpacks full of school supplies to children; gave away supply packs to 5,000 teachers; and contributed $100,000 in grants to organizations focused on improving the environment.

Ryan created Culture of Good, Inc. to inspire other businesses to create truly altruistic programs that make the world a better place.

Ryan believes in order for a company’s Culture of Good to be successful and meaningful, giving back must be engrained in the foundation of its core values. Through Culture of Good, Inc. Ryan helps other organizations engage the hearts of their employees and empower them to make the changes they wish to see in their communities.