Improving the customer journey: The importance of customer service KPIs and metrics 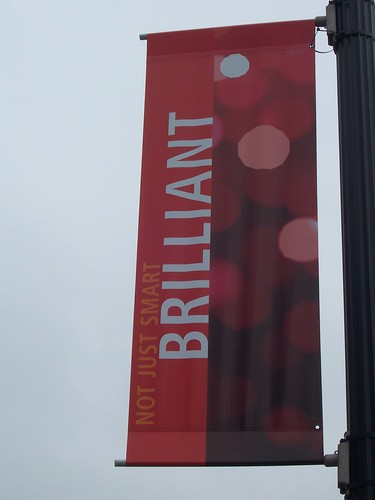 Today’s interview is with Bill Taylor, co-founder and founding editor of Fast Company, who now spends his time writing books and speaking to leadership audiences. Bill joins me today to talk about his new book: Simply Brilliant: How Great Organizations Do Ordinary Things In Extraordinary Ways, why he wrote it, it’s central thesis, who’s it for, some of the great stories in it and what’s its purpose.

This interview follows on from my recent interview – The rationale behind choosing a high-touch and high-cost route to serve our customers – Interview with Matthias Murin – and is number 197 in the series of interviews with authors and business leaders that are doing great things, providing valuable insights, helping businesses innovate and delivering great service and experience to their customers.

Here’s the highlights of my interview with Bill:

About Bill (taken from his bio on his own site)

Bill Taylor is a writer, speaker, and entrepreneur who chronicles the best ways to compete, innovate, and succeed. As co-founder and founding editor of Fast Company, Bill launched a magazine that won countless awards, earned a passionate following among executives and entrepreneurs around the world, and became a legendary business success. In less than six years, an enterprise that took shape in borrowed office space in Harvard Square sold for $340 million. Fast Company celebrated its twentieth anniversary in October 2015 and continues shape the global conversation about business.

Since starting Fast Company, Bill has also written three books on leadership and change. His new book, Simply Brilliant: How Great Organizations Do Ordinary Things in Extraordinary Ways, will be published on September 20, 2016. His last book, Practically Radical, was a Wall Street Journal bestseller. His previous book, Mavericks at Work, was a New York Times bestseller and was named a “Business Book of the Year” by The Economist and the Financial Times.

Bill created the “Under New Management” column for The New York Times and has published numerous essays and CEO interviews in the Harvard Business Review. He now blogs regularly for HBR.

A graduate of Princeton University and the MIT Sloan School of Management, Bill lives outside of Boston with his wife and two daughters.

Check out Bill’s book (Simply Brilliant: How Great Organizations Do Ordinary Things In Extraordinary Ways), have a look as his website here, connect with him on LinkedIn here and say Hi to him on Twitter @williamctaylor.