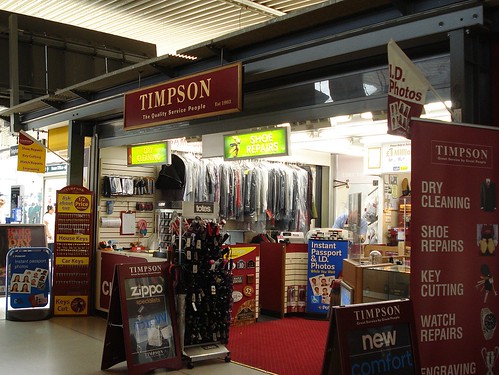 After hearing John speak at a recent conference, I asked him if he would be willing to be interviewed for my podcast series. John talks to me today about the Timpson story, upside down management, customer service and ex-offenders.

This interview follows on from my recent interview – 65% of leaders believe that it’s not up to them to tackle customer centricity – Interview with Alison Esse of The Storytellers – and is number 180 in the series of interviews with authors and business leaders that are doing great things, helping businesses innovate and delivering great service and experience to their customers.

Here’s the highlights of my interview with John:

About John (taken from his bio on the Timpson’s website)

John Timpson was born in 1943 and was educated at Oundle and Nottingham University. After a six month Graduate Training Scheme with C & J Clark at Street, he joined the family footwear business William Timpson Limited, becoming the Director responsible for buying in 1970. Following the acquisition of the Company by the UDS Group in 1973, he became Managing Director of leather and fur retailers, Swears & Wells Limited and in 1975 was appointed Managing Director of William Timpson his original family business.

In 1983 he led a £42m management buyout of the Company which had become part of the Hanson Trust. In 1987 he sold the shoe shops to rival retailer George Oliver and subsequently concentrated on building up the shoe repairing and key cutting business, which he has diversified into engraving, watch repairs, dry cleaning and photo processing.

In September 1995 he acquired the 120 shop Automagic chain and in April 2003 bought Minit UK which added another 200 shoe repair shops. In June 2008 the company acquired over 40 Sainsbury concessions, trading as Persil Services, and in December 2008 bought 187 shops branded Klick and Max Spielmann. Timpson now has over 1,400 branches nationwide with a turnover of £150m and profits of over £10m. It is a private business wholly owned by John Timpson and his family.

He is a Trustee at Uppingham School and until its merger with the NSPCC was a trustee of ChildLine. He has also been Chair of the Governors at Brookway High School, Wythenshawe, Delamere Primary School, Cheshire and Terra Nova School, Jodrell Bank. In 2000 he wrote a book ‘Dear James,’ which passes on to his son the lessons learned in 30 years as a Chief Executive. For 10 years he has had his own column under the name ‘Timpo’ in the magazine Real Business and is a regular contributor to the Daily Telegraph.

John is in demand for an increasing number of speaking engagements talking about his unique business style which he calls ‘Upside-down Management.’ In 2004 he was awarded the CBE in the Birthday Honours List for Services to the Retail Sector. Mr Timpson’s main leisure interests outside the business are connected with sport, he regularly plays Tennis, Golf and Real Tennis.

Find out more about Upside Down Management and your nearest Timpson shop via their website www.timpson.co.uk. Also, do say Hi to them and CEO James on Twitter @CobblerCare and @JamesTCobbler.