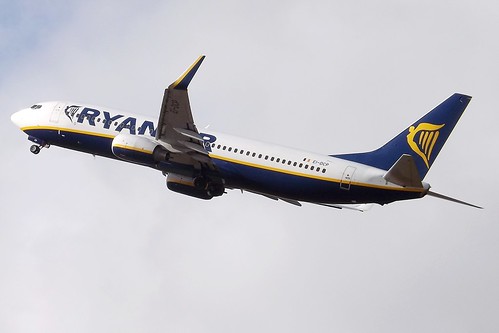 One of Europe’s leading low-cost airlines, Ryanair, has in recent years received more than it’s fair share of press coverage and attention. Much of this has come as a result of a number of controversial statements from their famously outspoken CEO Michael O’Leary. In the past, he has been known to call customers ‘stupid’ and has mused publicly about whether they should ‘charge customers to go to the toilet’ amongst other things as relentlessly pursued a cost leadership strategy.

However, back in 2013 they issued a series of profit warnings after they found themselves being consistently outmanoeuvred by one of their main low-cost and European rivals, EasyJet. Following these profit warnings, Ryanair and Mr. O’Leary started to change their tune. They started to talk differently about customers and publicly resolved to not to do things that “unnecessarily p*** people off”.

This strategy is starting to really pay off as Ryanair has recently announced that:

Ryanair is being lauded in many parts for it’s new ‘be nice to customers’ strategy and the positive business results it is delivering. Some are going so far as to call this change in strategy: transformational or a ‘road to Damascus’ moment.

Call me a skeptic but I’m not sure I would go as far as that.

If you look at some of the major changes that they have introduced such as:

These aren’t transformational changes. These are pragmatic changes.

Ryanair isn’t turning itself into a ‘paean’ of customer service or customer experience.

Mr O’Leary and Ryanair seem to be taking a very pragmatic approach, where they have realised the pursuit of a cost leadership strategy and making the lives of your customers a bit easier are not mutually exclusive. In fact, you could argue that all they have done is eliminate some of the ‘grit’ or the little things that have been destroying their customer’s experience.

But, despite a series of great results, Ryanair may still have some work to do to convince it’s customers that it’s new ‘be nice to customers’ strategy is for real and is here to stay.

In a recent Which? customer service survey of ‘The 100 best and worst companies for customer service’ in the UK, Ryanair ranked number 97 out of 100. Although, this is an improvement on it’s 2013 ranking where it ranked 100, they still rank much lower than firms such as Aldi, Lidl, Primark, Poundland, Poundstretcher, Flybe, EasyJet and Shoe Zone all of which are pursuing their own cost-leadership strategy.

So, all of that leaves me with a question: Does Michael O’Leary really care about Ryanair’s customers or is he just being pragmatic?