Are You Doing These 5 Things Your Customers Hate? 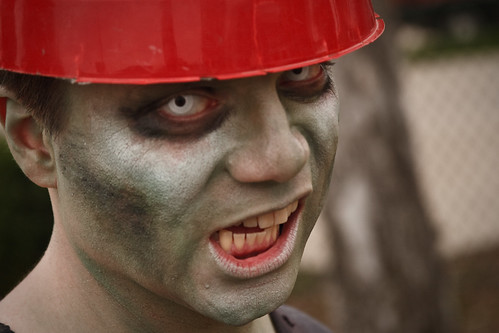 Today’s interview is with Peter Shankman, an author, entrepreneur, speaker, and worldwide connector. Peter joins me today to talk about his new book: Zombie Loyalists: Using Great Service to Create Rabid Fans, a book about how to create fans that not only keep returning to do business with you but also help you massively grow your customer base, brand awareness and revenue.

This interview follows on from my recent interview: Are you making it hard for your customers to give you feedback? – Interview with Gizlo – and is number 136 in the series of interviews with authors and business leaders that are doing great things, helping businesses innovate and delivering great service and experience to their customers.

Highlights from my interview with Peter:

Peter is best known for founding Help A Reporter Out, (HARO) which in under a year became the de-facto standard for thousands of journalists looking for sources on deadline, offering them more than 200,000 sources around the world looking to be quoted in the media. HARO is currently the largest free source repository in the world, sending out over 1,500 queries from worldwide media each week. HARO’s tagline, “Everyone is an Expert at Something”, proves over and over again to be true, as thousands of new members join at helpareporter.com each week. In June of 2010, less than two years after Peter started HARO in his apartment, it was acquired by Vocus, Inc.

Peter is the founder of ShankMinds: Business Masterminds, a series of small business entrepreneurial-style masterminds in over 25 cities worldwide.

Additionally, Peter is also the founder and CEO of The Geek Factory, Inc., a boutique Social Media, Marketing and PR Strategy firm located in New York City, with clients worldwide. His blog, which he launched in 1995 at www.shankman.com, both comments on and generates news and conversation.

Peter is the author of four books:

Born and raised in New York City, Peter still resides there with his beautiful wife and daughter, and NASA the Wonder Cat, all of whom consistently deny his repeated requests to relinquish the couch. In the few hours of spare time Peter has per month he’s completed 13 marathons, seven Olympic distance triathlons, two half-Ironman triathlons, and one full Ironman Triathlon. He’s also a “B” licensed skydiver with over 400 jumps.

Find out more about Peter via his website bio.

You can also find him on Twitter @petershankman and on LinkedIn here.