Content marketing and relationships with customers – what can we learn from dating?

This interview follows on from my recent interview: Learning from the university of the customer and the co-worker – Interview with Kevin Kelly – and is number seventy nine in the series of interviews with authors and business leaders that are doing great things and helping businesses innovate, become more social and deliver better service.

Here are the highlights of the interview with Peter:

Peter has written two books, the most recent is The Problem With Management – and How to Solve It. It is a collection of stories about workforce engagement and it’s subtitle is: The Employee Engagement Handbook.

About Peter (taken from his bio on the HRIQ website) 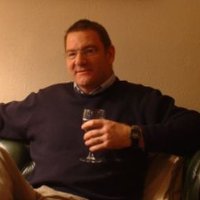 Peter Hunter has over 20 years of leadership and team building experience as an officer in three different Navies.

In the 70s, Hunter joined the Merchant Navy. Qualifying as a Navigating Officer, Peter spent the next six years circling the globe in oil tankers carrying everything from heavy crude oil in super tankers to jet fuel and kerosene in smaller ships around the coasts of Europe and the Mediterranean. Hunter took his first degree at Sunderland Polytechnic, then a Masters in Underwater Technology at Cranfield Institute of Technology.

He spent several years in the Royal Naval Reserve before finally joining the Royal Navy as an Instructor Officer.

Based initially in Portsmouth, Peter soon gravitated to the Royal Naval Submarine Base in Faslane, Scotland, where he spent the remainder of his naval career as a rocket scientist teaching at the Royal Naval Strategic Systems School.

After leaving the Royal Navy, Hunter settled on the west coast of Scotland from where he spent the next eight years commuting to South America and the North Sea as a management consultant working with crews on drilling rigs.

This experience formed the core of his first book, Breaking the Mould.

Peter took the lessons from those stories and created the repeatable process called “Breaking the Mould” that allows others to create the same performance by engaging the employees in their own organizations. Peter is now based back in Cranfield and spends his time writing, speaking at seminars and delivering training programs, allowing others to benefit from this same remarkable insight.

Peter followed up “Breaking the Mould” with The Problem With Management – and How to Solve It, a collection of stories about workforce engagement with the subtitle: The Employee Engagement Handbook.

Do grab a copy of Peter’s new book here: Breaking the Mould.

You can also connect with Peter on LinkedIn here.

Lead image with thanks