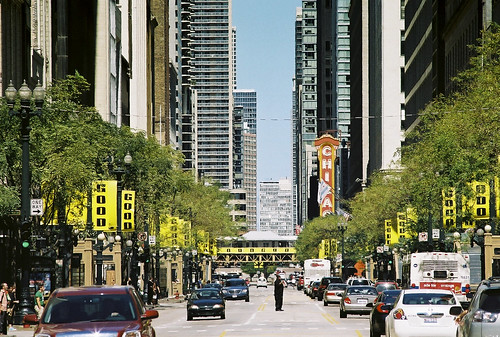 Today’s interview is with Ken Olisa OBE, who is the founder and Chairman of Restoration Partners, a boutique technology merchant bank that provides advice to technology firms. Restoration Partners, by their own admittance, shamelessly copy the traditional Warburg merchant-banking model of developing long term, trusted relationships with their clients and aligning their interests and rewards. Ken agreed to talk to me about his family motto: “Do Well, Do Good”, why he thinks it’s important that entrepreneurs and business follow this mantra, his experience as a successful entrepreneur and his interest in both good governance and social inclusion.

This interview follows on from my recent interview: Employee engagement is like rolling a snowball uphill – Interview with Peter A. Hunter – and is number eighty in the series of interviews with authors and business leaders that are doing great things and helping businesses innovate, become more social and deliver better service.

Here are the highlights of the interview with Ken:

About Ken (taken from his bio on the Restoration Partners website)

Ken’s technology career spans over 30 years commencing with IBM from whom he won a scholarship while at Cambridge University. At IBM he held various posts in systems engineering, sales and marketing, before joining Wang Laboratories in 1981. Following a period as Marketing Director for Europe, Vice President of US Marketing and then of Worldwide Marketing, Ken was appointed Senior Vice President and General Manager of Wang Europe, Africa and the Middle East. In this role, he was responsible for the sales, marketing, support, service and administration activities within 11 subsidiaries and 92 distributors.

After leaving Wang in 1992, Ken founded Interregnum, the technology merchant bank, which he led to a £100+m IPO on AIM in 2000. He was elected as a Fellow of the British Computer Society in 2006. In addition to his entrepreneurial/private equity activities, Ken has considerable public company Board-level experience on both sides of the Atlantic. His connection with AIM dates back to the market’s foundation. In 1995, he chaired Voss Net, the first UK ISP (Internet Service Provider) to go public and one of the first companies to list on AIM. He was later Chairman of the Board of the first Israeli company to list its shares on AIM – DMATEK. He is a director of Thomson Reuters and has served on the boards of ENRC from 2007 to 2011 and of Open Text Corporation from 1998 to 2008. He recently joined the board of The Institute of Directors as a Non-Executive Director in April 2013 and he is currently Non-executive Chairman of Outsourcery Plc who successfully floated on AIM in May 2013. He additionally serves on the Board of, or advises, several early stage private technology companies.

Ken’s knowledge and experience of large and small enterprises, technology and marketing – and his willingness to speak his mind – makes him a much-demanded public speaker. A believer in the Victorian ethos that successful commerce is the fuel of public service, Ken is a Freeman of the City of London; Deputy Master of the Worshipful Company of Information Technologists; a Director of the Thomson Reuters Foundation; Chairman of Thames Reach (a charity working to shelter and resettle the homeless in London for which he received an OBE in 2010); a Vice President of BCS, the Chartered Institute for IT; a past member of the Government’s Women’s Enterprise Taskforce and was an inaugural Postal Services Commissioner from 2001 to 2004 and a member of IPSA (Independent Parliamentary Standard Authority) until 2013. He was named 2009 Sunday Times UK Not for Profit Non Executive Director of the year and one of the Top 50 most influential people in UK IT in 2011.

You can find out more about Restoration Partners here and connect with Ken on Linked In here.

Thanks to John Lodder for the image.