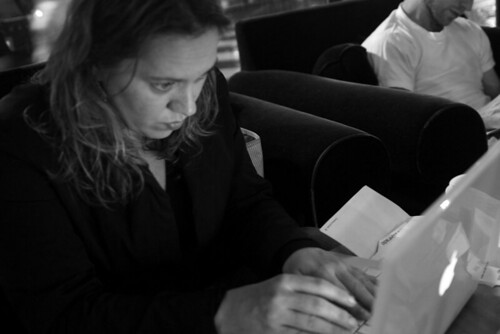 Recently, I’ve spotted a couple of stories about complaints that made me think:

Some firms feel like the number of complaints that they are receiving is going up whilst some feel that it is going down.

At the same time, many firms are working hard at resolving customer complaints quicker.

However, the bigger change underlying all of this is that our propensity, as customers, to complain is going up.

Personally, I think that is a good thing. Good for customers and good for businesses too. Despite how complaints may make us feel.

For too long, many customers, particularly in the UK, have suffered in silence when things weren’t quite right. This is rooted in the belief that to complain was unsightly or wasn’t the ‘done thing’. Instead, we’d leave whilst muttering under our breathe that we’d never patronise this business again and then proceed to moan to all of our friends about it.

I think that type of behaviour still exists.

But, now customers have so much more choice and may have done so much more research before they buy that when something goes wrong they really feel let down. And, proceed to tell you all about it.

That may feel harsh when you are on the receiving end of a complaint but they did pick you and now they are disappointed.

But, I believe, that complaining and receiving complaints is a good thing. Why? Because at least your customers are talking to you.

What was it that Oscar Wilde said:

The reality is that any healthy business that is striving to be better and to grow will make mistakes and, so, complaints will happen.

That’s way better than the opposite…where you’re not trying hard enough to make mistakes, you don’t care enough to pay attention to complaints and nobody is talking about you or to you.

I pray that you are the former.

You may not like complaints. That’s a normal human reaction.

All I would say is: Get used to it. Learn to embrace the complaints. Because, as long as you are learning from your mistakes and are putting wrongs right, your customers will forgive you and keep talking to you and about you.

Note: At the end of every month I write a newsletter that goes out to my subscribers (there’s quite a few of them) containing more stuff that doesn’t get published here. If you’d like to sign up to my newsletter then click here.