Customer service, people and how caring does scale – Interview with Gary Vaynerchuk #1aDayQandA

Some customer service research just makes me want to scream

Customer service, people and how caring does scale – Interview with Gary Vaynerchuk #1aDayQandA 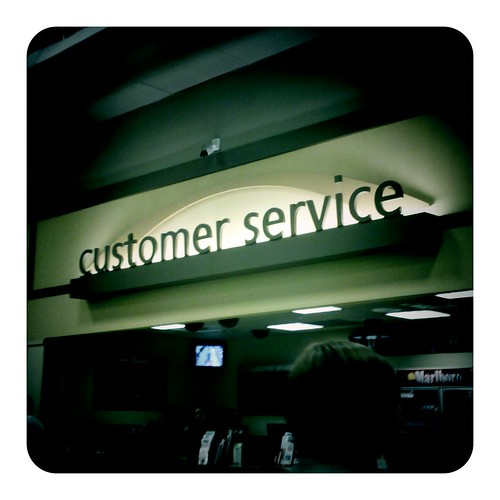 Today’s interview is with Gary Vaynerchuk and follows on from my recent interview: Unruly engagement, creativity and collaboration is built on two things: People and Places – Interview with Sarah Wood of Unruly Media.

If you haven’t heard of Gary then suffice it to say he is a successful social media and wine entrepreneur, sought after and entertaining speaker and best-selling author. You can also learn more about him in the bio below.

This interview makes up number forty-seven in the series of interviews with authors and business leaders that are doing great things and helping businesses innovate, become more social and deliver better service.

Also, this interview is part of Gary’s #1aDayQandA interview series where he has committed to giving 365 short interviews to different people about different topics over the course of this year…some effort!

Here’s the highlights from the interview I did with Gary:

About Gary (taken from his About page)

Meet Gary Vaynerchuk, a 36 year old New York Times and Wall Street Journal Best-Selling author who is also a self-trained wine and social media expert. From a young age, it was clear that Gary was a businessman. At 8-years-old he was operating seven lemonade stands in his neighborhood and by 10 he had moved onto selling baseball cards at local malls. In high school while working at his family owned liquor store, Gary started reading The Wine Spectator and wine books, and realized collecting wine offered an allure similar to his previous hobby of collecting baseball cards. With a wealth of knowledge and an entrepreneurial spirit, Gary spent every weekend of his college years at his parents’ wine store. Recognizing the importance of e-commerce in 1997, Gary launched Winelibrary.com and helped grow his family business significantly from $3 million to $45 million by 2005.

In 2006, with a flipcam and NY Jets bucket Gary began Wine Library TV which revolutionized the wine world. His wine reviews soon attracted over 100,000 viewers each day and his die-hard fans nicknamed themselves “Vayniacs.” Gary’s cult-like following was the result of his unconventional, often irreverent commentary on wine. Using comical expressions like “Sniffy Sniff” and “The Oakmonster,” he encourages straightforward wine tasting and debunks wine myths. A business visionary Gary also started Cinderella Wine, a flash sale website which features one wine per day beginning at 9PM EST for 24 hours sold at a severely discounted price.

Gary does not claim to be a ‘techie’, but in 2005, he began video blogging and is known as a true social media trailblazer! He has close to 1 million followers on Twitter and was included in BusinessWeek’s list of the top 20 people every entrepreneur should follow. Gary’s first business book Crush It! Why Now Is the Time to Cash in on Your Passion (October 2009) hit the New York Times, Wall Street Journal and Associated Press Best-Sellers lists in its first weeks. It maps out Gary’s road rules for how to “Crush It” in today’s business market by following your passion and building your own personal brand. His second New York Times bestseller The Thank You Economy (March 2011), details the effect of social media on business and has become required reading for business leaders. In the spring of 2009, Gary and his brother AJ launched VaynerMedia, a new breed of agency that helps Fortune 500 companies like Campbell Soup Company, PepsiCo, Green Mountain Coffee, the NY Jets, and the Brooklyn Nets find their social media voices and build their digital brands.

Gary has appeared on countless programs from Jimmy Fallon, Late Night with Conan O’Brien and Ellen to MSNBC, CNBC, CNN and NPR. He was also notably featured in Decanter Magazine’s 2009 Power List which is a list of the 50 most influential people in wine and named Innovator of the Year at Wine Enthusiast’s 2009 Wine Star Awards. Additionally, Gary was one of Askmen.com’s 49 Most Influential Men of 2009.

Gary’s ultimate goal is to own the New York Jets. Although his various businesses obviously play an enormous role in his life, he always puts his family first.

You can connect with Gary on Twitter @garyvee, at his website www.garyvaynerchuk.com and do check out the rest of his #1aDayQandA interview series here.