Apply the Granny test to get closer to your customers

From innovation to marketing to culture, is your approach young brain or old brain? 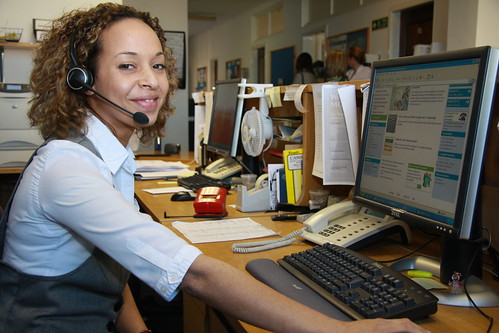 Following on from my recent interview, True customer engagement is not based on click throughs or contests – Interview with Wendy Lea, CEO of Get Satisfaction, today I am pleased to present to you an interview I recently did with Dave Carroll, a singer songwriter and the maker of the famous United Breaks Guitars video on Youtube. Whilst still a singer songwriter, he is now also an entrepreneur, speaker and an author of a new book: United Breaks Guitars – The Power of One Voice in the Age of Social Media.

Note: Hat tip to Guy Stephens (@guy1067) for the interview suggestion and for introducing me to Dave.

This interview makes up number thirty-two in the series of interviews with authors and business leaders that I think that you will find interesting and helpful in growing your businesses.

Before we get into the interview, if you haven’t seen it then you should take a few minutes to watch the video: United Breaks Guitars. It’s a good tune too 🙂

Second Note: Apologies for a little background noise on the podcast…..torrential rain whilst I was recording the interview with Dave. It doesn’t, however, comprise the quality of the recording. 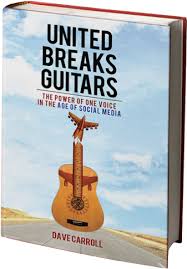 About Dave (taken from his LinkedIn profile)

With twenty years experience in the music business, when faced with a difficult customer service issue with United Airlines in 2009, Dave used his ability as a master storyteller to share his issue with the world. The resulting YouTube music video called “United Breaks Guitars” became an instant viral hit and today over 150 million people have been introduced to his story.

With significant impacts in the areas of customer service, social media, branding and self-empowerment Dave’s career as an entertainer and songwriter has expanded. He is now a highly sought after professional speaker, a published author and he is increasingly being commissioned for songs for other people and organizations. He is also co-founder of Gripevine.com, an on-line customer complaints resolution platform that brings consumers and businesses together in a mutually beneficial way, resulting in improved service for consumers and improved results for companies.

You can check out Dave’s website here, connect with him on LinkedIn and Twitter here and here and grab a copy of his book here and his new album on iTunes here. (You can also get his album direct from his website too).

Thanks to Phil Dowsing Creative for the image.