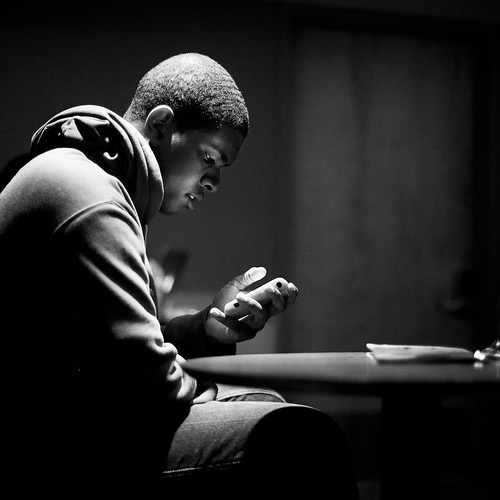 As many of you may know, it is Easter bank holiday weekend here in the UK which means we have a public holiday for the next four days. As a result I’m taking a few days off and Lauren Carlson from Software Advice has written a post about a growing area of interest for many businesses: Mobile Customer Support. Over to you Lauren….

A recent report from Call Center Times showed that 78 percent of people are seeking customer support via their mobile devices. Our iPhones, Blackberry’s, iPads, etc. have become an extension of the self, turning us into a mass of digital natives. A group of people that are constantly plugged in. A group of people that would sooner fire up their smart device to get help or leave feedback than actually get on the phone with somebody.

I decided to check out the many customer service and help desk management software apps available on mobile devices, empowering companies to provide service to their customers from anywhere. As you can imagine, the list was quite extensive, but I was able to narrow it down to my 8 favourites based on:

You can see the full list of 8 on my blog, but I’ve listed my top 5 faves below.

Tello is a mobile application that captures customer sentiment in real time. Similar to public forums such as Yelp, Facebook and Twitter, Tello takes it a step further, allowing users to request a response from management. It also gives companies real-time insight into ratings, responses and employee performance. The free version of the app is available on iTunes and supports companies with up to three locations. You can upgrade to the premium version, which supports up to 19 locations and is offered at $99/location/month. Available for: Apple devices.

Fonolo seeks to alleviate one of the most frustrating aspects of support—never ending automated menus and elevator-music-leaden hold times. It is a web-based application that provides a visual dialing interface for your call center. Instead of clicking on “Contact Us,” your customers will be able to access a mapped-out version of your phone menu and connect directly to their desired point in the system. Not only does this alleviate frustration on the part of the customer, but it also improves call resolution rates. Fonolo offers mobile integration through their self-contained widget or their mobile API. Pricing is based on number of support agents and starts at $99/month. Available for: iPhone.

With their mobile app, ZenDesk aims to turn your iPad into a mobile help desk. The app allows support agents to have the same visibility into support ticket activity on their mobile device as they would on their desktop. Agents can create, view and resolve tickets in real-time from anywhere. With this access, agents can spot and resolve issues that may have gone unanswered. The ZenDesk Mobile app is free for all existing ZenDesk users. Available for: Apple devices, Android, Blackberry, Windows Phone and Kindle Fire.

Called the “Better Business Bureau for the Twitter-age, ” Gripe empowers users to wield their social clout in an effort to resolve their support issues. Thanks to a handy geolocation feature, users can locate a company, similar to Foursquare, and can choose to post a “Gripe” or a “Cheer” about that company. Gripe taps into social networks, posting the feedback on the user’s Facebook and Twitter account. It also forwards it to the named company’s customer service department. From there, the company can take action by claiming their Gripe account and turning that “Gripe” into a “Cheer.” The app is free. Available for: iPhone and Android.

IdeaScale is a crowdsourcing app that allows companies to collect valuable information from their customers in real time. Using IdeaScale, companies can create a public forum where their customers can provide feedback. Then, through a process of voting and comments, the “cream” of the feedback floats to the top. This gives companies insight into what their customers really want and care about. With the mobile app, companies can trigger location-based surveys, which gives them immediate feedback on specific events. Pricing starts at $15/month and with no contracts, you can cancel whenever. Available for: Any mobile platform.

Lauren Carlson is a CRM Market Analyst at Software Advice. Lauren writes about various topics related to CRM software, with particular interest in sales force automation, marketing automation, and customer service. When she isn’t writing about software, you can find her running at Town Lake and singing at local Austin, TX venues. She is a graduate of the University of Texas with a bachelor’s degree in journalism. You can connect with her via Twitter, Facebook and on LinkedIn. She also says that they’re hiring…

What do you think? Has Lauren missed any of your favourites?

Thanks to Martin Gommel for the image.