The Shawshank Redemption the most viral product and best example of word of mouth marketing ever?

Is the customer always right OR you can only please some of the people all of the time?

The Shawshank Redemption the most viral product and best example of word of mouth marketing ever? 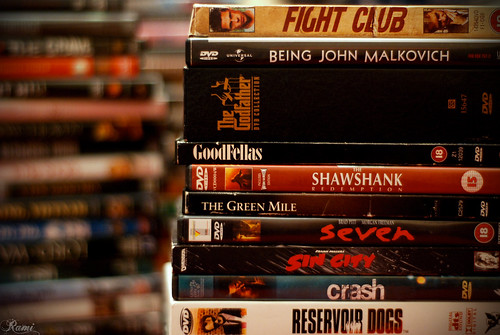 I was thinking about viral products and word of mouth marketing the other day and what it takes to create something that will go ‘viral‘ or whose sales will be driven by word of mouth.

Then I thought about ‘The Shawshank Redemption‘, one of my favourite folks of all time. Indulge me a little and I’ll give you some background.

Released in 1994 and despite receiving great reviews from critics it didn’t make a great impact with audiences at the box-office and only just covered it’s costs from US box office sales.

According to the British Video Association, the film achieved gross ticket sales of £2.6m at UK cinemas.

However, as of December 2008, The Shawshank Redemption had achieved 5 million sales of videos, DVDs, Blu-ray discs etc according to the BVA (British Video Association).

That equated to 1 in 5 households in the UK owning a copy of the film.

Even now the film continues to sell well. The chart below shows that last year the film was still selling between 25 and 40 thousand copies a week.

Back in 2004, Mark Kermode, a well-known UK film critic, said in The Guardian:

“Like most who reviewed The Shawshank Redemption when it was first released in 1994, I was impressed, but I had no idea just how important the film would become to some audiences. Certainly, I couldn’t predict that in a few years’ time it would be voted Best Film of the Nineties and Fourth Best Film of all time by the readers of Empire magazine; that it would rival The Godfather and Star Wars for the top spot of the Internet Movie Database subscribers’ poll.”

Kermode goes on to comment on the films extraordinary success outside the box office:

“Against all industry expectations, a film which had, in effect, been rejected by audiences in cinemas was rapidly shaping up as a home-viewing hit with both men and women. So what was happening? Ask any video dealer and they’ll tell you that the key factor in Shawshank ‘s unexpected success on tape was simply word of mouth. Renters who had given the film a wide berth in cinemas were now taking The Shawshank Redemption home on the recommendation of friends and family, increasing numbers of whom were having profound, even life-changing, experiences with the movie. Repeat viewing was a big factor, too, with fans coming back to rent the same film time and time again, developing an intense personal relationship with the themes and characters in the comfort of their own home.”

So, what can other businesses learn about viral and word of mouth marketing from The Shawshank Redemption:

That’s all that I can think of right now but I am sure there are more. Can you think of other lessons?