Clutter just causes poor customer service, is it time to tidy up your act?

Clutter just causes poor customer service, is it time to tidy up your act? 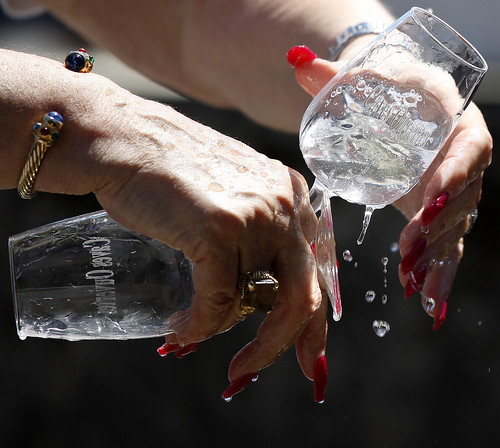 Note: This is a guest post from James Lawther who writes about service improvement at The Squawk Point and by day is Head of Operations Excellence at Royal & Sun Alliance

I have just had a rather taxing half hour with my eight year old daughter, looking for her swimming goggles. They were buried in her bedroom under a pile of books and clothes, to the left of a roller-skate and Barbie doll combo.

We ended up having a heated debate about the state of her room and whether or not she really needed to keep the pink plastic bear. Wouldn’t it be better off in a charity shop / hospital for sick children / 3rd world country / anywhere that wasn’t my house. I know that is a bit callous, but if you have children you will recognise the point I had reached.

To be fair, it isn’t just my daughter who is incapable of throwing stuff out; it is a condition that affects most of us. We love to hoard, and it just results in clutter. That goes equally well for our businesses as our bedrooms. Tidying up and throwing things out always seems a bit like hard work, not really worth the effort. Anyway, you never know when those things will come in useful.

There is a downside; all that clutter accumulates, gets in the way and makes it more and more difficult to give your customers what they really want.

Take for example a company I worked with that supplies industrial dishwashers to caterers and restaurants. A nice business to be in, once you have supplied a dishwasher nobody is really going to think twice about the cost of it, they just want it to work. So not only can you charge rental, you can also set up a service contract. Then all you have to do is make sure the washer keeps washing and bank the cash.

Keeping dishwashers running is as easy as 1 2 3:

The company I was working with had lost its way a little. To keep costs down they traded heavily in the market, buying end of line washers cheaply, a Bosch here, a couple of Maid2Washes there, a handful of Whirlpools next.

It had become a big business, with a lot of dishwashers, a whole fleet across the country, made up from a thousand and one different makes and models. Common wisdom within the company was that their ability to supply any dishwasher to any customer was a competitive advantage.

Customers on the other hand just wanted their dishes washed.

Keeping the fleet running wasn’t that easy. When a service engineer arrived at the scene of the defunct washer, he had probably never seen that particular machine before, let alone had the right parts in his van. He could do one of two things:

Customer service was at best mediocre; you can accumulate a lot of dirty pots in a day or two. Worse still it was expensive, cash was splashed on:

All that was needed was a sensible way of replacing old machines, but nobody in the organisation had the will to tidy up, and it was slowly choking itself.

Clutter and complexity are not the same thing

“You don’t understand, our business is complicated, it is so difficult to give great customer service”

They are all right, but only because they have made it that way. There is a huge difference between complexity that a customer wants and clutter that just makes things complicated. I’m not asking you to banish complexity from your business; some of it is critical to what you do. But delivering complexity is well… complicated. The only way to make sure that you deliver great service is to strip everything else back.

Amazon will provide you with just about every book on the planet and McDonald’s have a store in every town. Their ability to manage that complexity gives them the advantage. But everywhere else they are ruthlessly tidy….. Amazon’s books all come in the same box, and McDonald’s menu is hardly flexible. They work out what complexity their customers really want and simplify and tidy everything else.

Is there any clutter in your business you should tidy away?

This is a guest post from James Lawther who writes about service improvement at The Squawk Point and by day is Head of Operations Excellence at Royal & Sun Alliance.

James gets upset by business operations that don’t work and apoplectic about poor customer service.

Visit his web site “The Squawk Point” to find out more about service improvement.